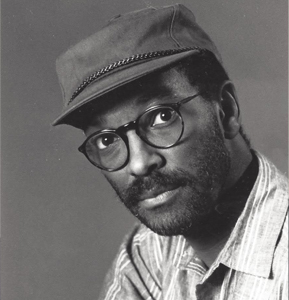 Alan Bell, an African American graphic designer who had published Gaysweek for three years in New York City during the late 1970s, was urged to start a news periodical for black lesbians and gay men by black LGBT AIDS activists such as Phill Wilson. But at first he resisted renewing a commitment to professional publishing. Bell had, however, founded Black Jack, a black gay men’s safer sex club, in Los Angeles. It was not long before the dearth of reliable information in print about African American LGBTs and about the HIV crisis among them evoked his efforts to fill an unmet need. Eventually he concluded that the natural next step from the eight-page newsletter he found himself producing monthly for members of Black Jack was expansion, and BLK was born. Bell set out to establish BLK as a regular, predominantly hard news alternative to the infotainment-oriented publications that intermittently appeared in America’s black gay communities.

Bell chose the magazine’s name to adhere to a tradition among national African American publications of employing racially indicative titles (e.g., Ebony, Jet, Onyx, Sepia). Initially pronounced as is the word “black,” use of the initials in spoken English gradually became customary.

Beginning as a 16-page black-and-white newsprint throwaway in 1988, it had grown to 40 pages with glossy color covers, paid circulation, and national product advertising by the time it ceased publication in mid-1994.

Although the first issue had a beefcake cover (a muscular black man clad only in the traditional Santa‘s hat and whiskers, shown with the magazine’s coyly-placed logo), subsequent covers usually pictured a prominent African American LGBT featured in the “BLK Interview” or photographically illustrated a theme of the month.