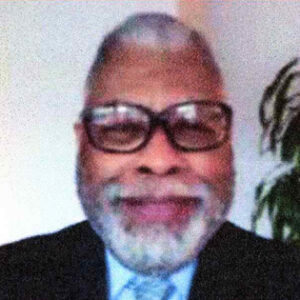 Mr. Christopher H. Bates currently serves as the Director of Men’s Health, Wellness, and Prevent Program, Florida Department of Health in Broward County. Previously, he was Deputy Director to the Deputy Assistant Secretary for Health, Infectious Diseases and Executive Director of the Presidential Advisory Council on HIV/AIDS.

Mr. Bates has more than 20 years of experience in public health policy and HIV/AIDS programs. He has served in the U.S. Department of Health and Human Services’ Office of HIV/AIDS Policy (OHAP) as the Deputy Director and Director for more a decade. In this position he advised the Assistant Secretary for Health on department-wide matters pertaining to HIV/AIDS education, prevention, testing, care and treatment, and research. In addition, he administers the Congressionally appropriated funds for the Minority AIDS Initiative as well as the Leadership Campaign on AIDS, the National HIV Testing Mobilization Campaign, and a variety of new media activities designed to better educate the public about HIV/AIDS. He has been a member of the U.S. Delegation to the last five International AIDS Conferences.

Christopher Bates has expertise in community-based organizations, having served as the Executive Director of the District of Columbia Comprehensive AIDS Resources and CARE Consortium, an alliance of local organizations and institutions that provide HIV/AIDS services and education in the District of Columbia and interim Director of the city of Philadelphia HIV Commission. In addition, Mr. Bates has served in a variety of management positions in the District of Columbia. His experiences also include a White House appointment under President Jimmy Carter and as a Congressional Staffer for the U.S. House of Representatives. Mr. Bates is a graduate of the University of Michigan and received a MPA from Southeastern University.