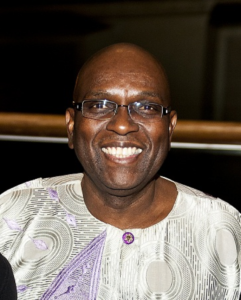 Ron Simmons, Ph.D., is the President/CEO of Us Helping Us, People Into Living, Inc. (UHU), a nonprofit AIDS organization specializing in HIV prevention programs and services for black gay/bisexual men. Founded as a support group for HIV-positive black gay men, UHU has become one of the largest black AIDS organizations in the country serving men and women in Washington DC metropolitan area. Dr. Simmons is a member of the HIV Prevention Community Planning Group and the Board of Medicine.

Dr. Simmons’ published works include: “Some Thoughts on the Challenges Facing Black Gay Intellectuals” in Brother To Brother: New Writings By Black Gay Men, “Sexuality, Television and Death: A Black Gay Dialogue On Malcolm X” in Malcolm X: In Our Own Image; “Baraka’s Dilemma: To Be Or Not To Be” in Black Men on Race, Gender and Sexuality; “The Voice” in For Colored Boys Who Have Considered Suicide When the Rainbow is Still Not Enough; and “Joe, Essex, Marlon, and Me” in Black Gay Genius: Answering Joseph Beam’s Call;. He was a field producer, photographer and cast member of the award winning film, Tongues Untied.